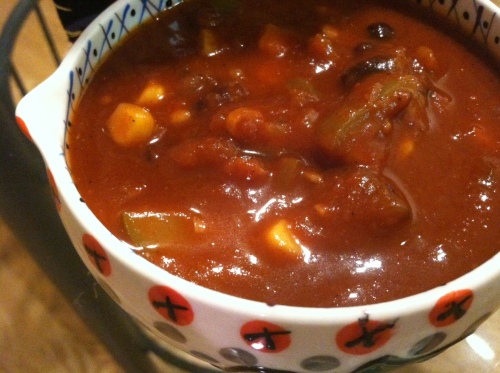 It’s been a while.  Things have been a little crazy, but wanted to share this recipe.  If you plan to cook to a big crowd for Halloween or Thanksgiving chili is the way to go.  I got a prize at work for entering my vegan pumpkin chili to a Chili Cook-off contest.  It starts out a little sweet and ends with a kick.  I added pumpkin flavors to give it an autumn twist.  The level of hotness is fiery hot, so adjust the recipe to your spice level.